RACE AND RACIALIZATION FROM PRE-MODERNITY TO TODAY: JUXTAPOSING TRANS-ATLANTIC AND TRANS-PACIFIC EXPERIENCES

Lägg till i din kalender

Yasuko Takezawa, Takezawa is a professor of Anthropology/Sociology at the Institute for Research in Humanities of Kyoto University, Japan. Her specialties include race, ethnicity, and migration.

Since 2001, Takezawa has been leading a multidisciplinary and international collaborative research project on ethnicity/race, winning consecutively one of the largest grants in the humanities and social sciences from the Japanese government. 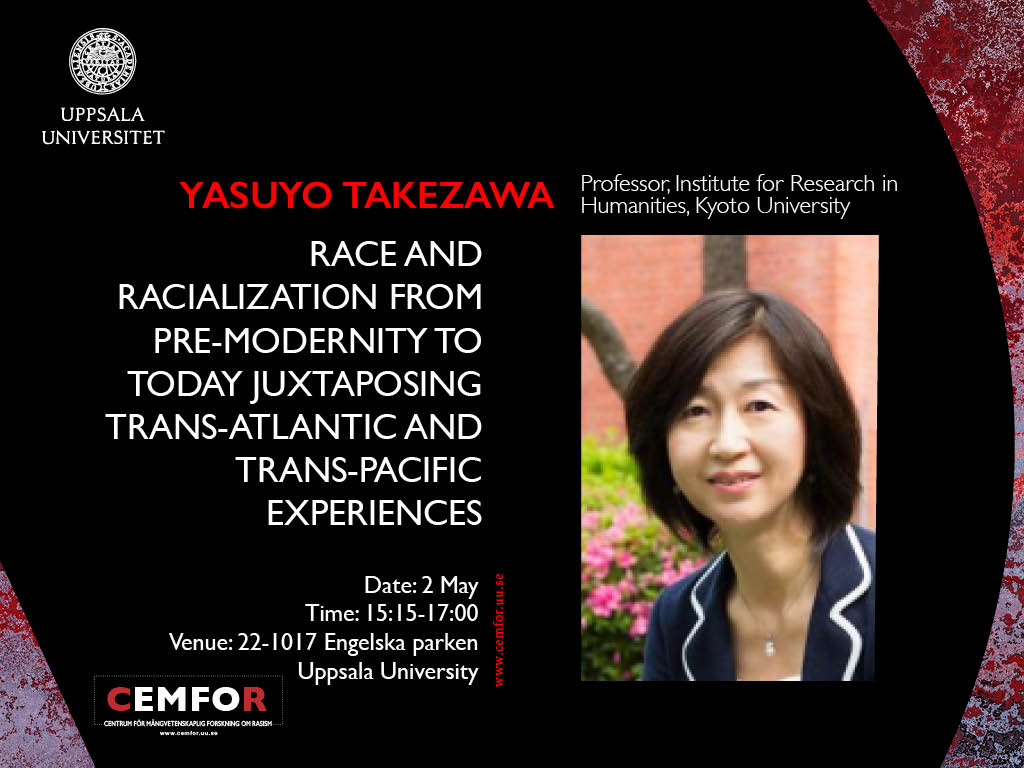